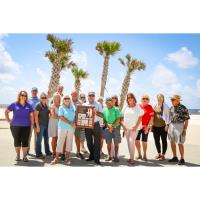 Gulf Shores, Ala. - Multiple nominations came through for the Coastal Alabama Business Chamber's Island Spirit Award after a story broke on two workers for the City of Gulf Shores recovering a lost piece of jewelry at the NCAA Beach Volleyball Championship in May.

During the tournament, officials were alerted of a gold cross lost in the sand by a University of Stanford athlete. The jewelry had great sentimental value and a search was immediately started. After multiple failed search attempts with metal detectors, Sid Lewter & Jeramy Stainbrook of the Gulf Shores Public Works Department took to sifting the sand by hand the next morning and were able to locate and return the cross.

The Chamber, along with representatives from the City of Gulf Shores, were able to surprise the two workers with the Island Spirit Award for June and July at the public beach this past week. As Island Spirit Award winners, the two were gifted a perpetual plaque, which will remain in the City's possession until the next winners are named, personal plaques, an Island Spirit lapel pin, a copy of their nomination letters, and a cash prize of $100 each.

"It warms my heart to see the effort these two went through to help a visitor to our area," said Sharon Wiese, Chamber Staff Island Spirit Committee Liaison, "It's people like Sid and Jeramy who make this place so special to live."
###

The Island Spirit Award has been a tradition in Coastal Alabama since the mid-1980's to honor area workers who go above and beyond in their work. The award is presented by the Coastal Alabama Business Chamber and sponsored by Beachball Properties, Leslie Haley of Steward Construction Company chairs the selection committee. Residents can nominate a person they feel is worthy at islandspiritaward.com.

More photos can be viewed and downloaded HERE. 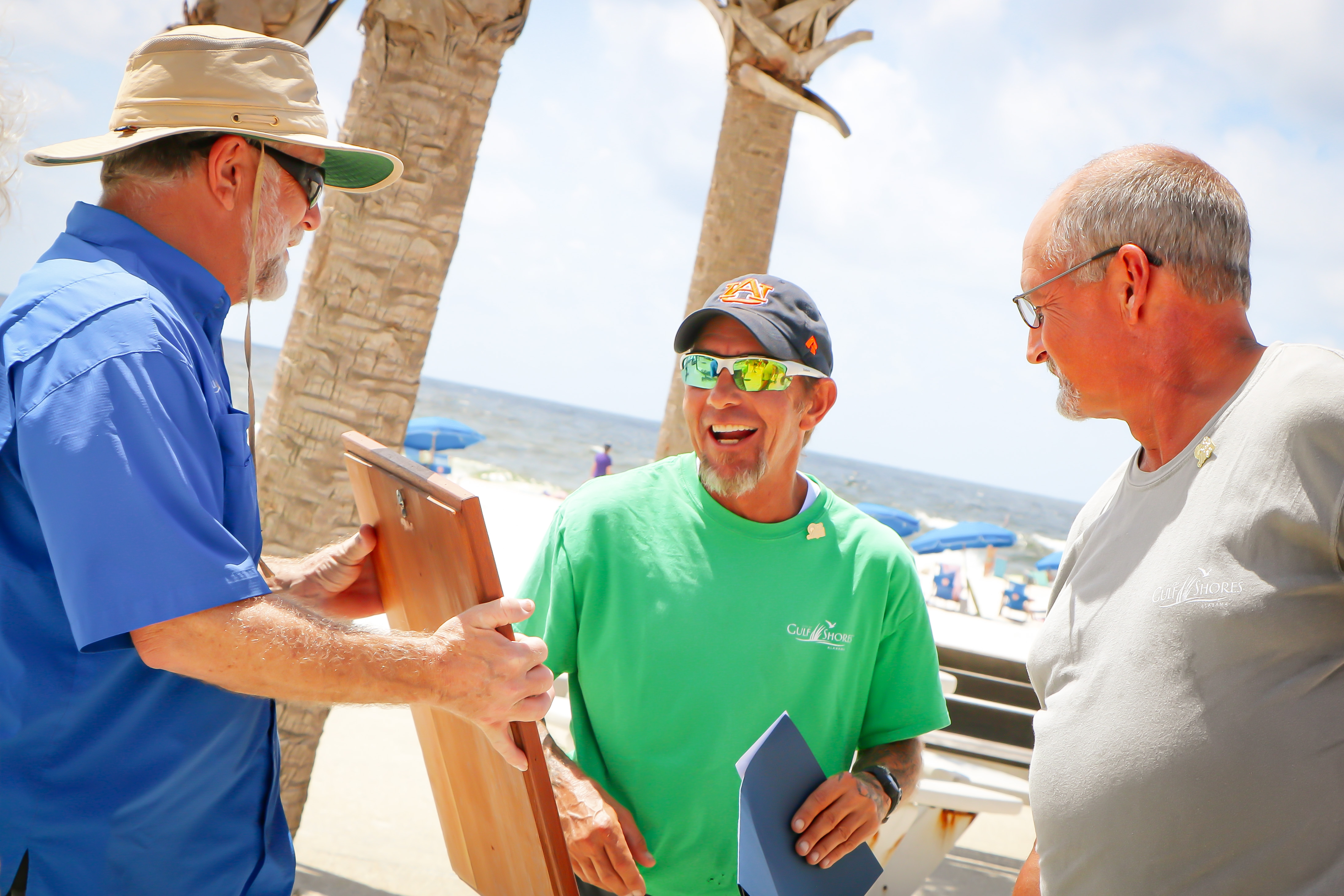